Marc has a wide range of experience including many years assisting with people with housing issues, running his own successful businesses and as a board member for Lincoln Business Improvement Group (Lincoln BIG), on Lincolnshire’s Drainage Boards, Investors in Lincoln and the Brayford Trust.

His interest in public service started with getting involved in a range of local community groups and campaigning for improvements to the local area. He has helped to set up youth groups, sat on residents panels working with police to deal with crime and anti-social behaviour and has been a school governor at two schools, one mainstream and one helping primary aged children with behavioural difficulties.

Marc has previously been Deputy Leader on the City of Lincoln Council gaining a range of experiences from leading on planning, economic development, finance and housing. In 2013 Marc stood for Lincolnshire County Council and is currently the Executive member for Finance, overseeing the £1 billion annual budget as well as being responsible for 123 farms across the county covering some 20000 acres.

Marc is a Lincolnshire man born and bred and cares passionately about our county and the need to constantly strive to improve things for the residents, businesses and visitors who come here. Whether it’s protecting people like his mother who now lives alone or ensuring the future is a safe one for children like his daughter Marc believes it really matters that everything possible is done to make Lincolnshire a place to be proud of.

Marc was elected as Lincolnshire Police and Crime Commissioner in May 2016. He took 39,441 (35.22%) in the first stage of voting, and ultimately won with a majority of 10,613 (12.41%) after second preference votes were taken intoaccount against the UK Independence Party candidate.

An Election for the Police and Crime Commissioner for the Lincolnshire Force Area is expected to take place on Thursday, 6th May 2021.

Commissioner Marc Jones has welcomed the announcement that Lincolnshire has been bolstered by an additional 79 officers since the Government launched its major recruitment drive in September 2019.

New intelligent CCTV will be installed in Gainsborough after a successful bid for Government funding to tackle crime. Lincolnshire Police and Crime Commissioner Marc Jones led the bid for £250,000 to spend on upgrading and installing CCTV in the town.

Marc Jones has welcomed the announcement that Lincolnshire will receive a £140,250 funding increase to equip 170 more police officers with Tasers this year, ensuring they have the resources they need to tackle crime and keep our streets safe.

Lincolnshire has launched the SCRAP fly-tipping campaign today which aims to fight the blight of fly-tipping in the county and cut clear up cost.

Incumbent Police and Crime Commissioner for the Lincolnshire Force Area, Marc Jones has become the first police and crime commissioner in the UK to be re-selected for the next election, expected in 2020.

Spit and Bite Guards are being issued to all front-line officers as a protective measure to help prevent being spat on and bitten.

Sir Edward Leigh MP has joined with the other six Lincolnshire Members of Parliament who have together signed a letter supporting Marc Jones' campaign to become Lincolnshire's first Conservative Police and Crime Commissioner. 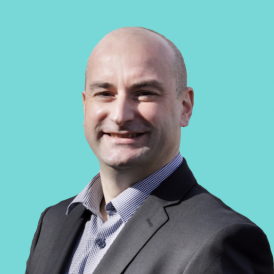