You will probably be aware of the ongoing and escalting situation with regards to Covid-19 caused by the coronavirus.

The latest information and NHS advice can be found here.

Following the advice of the UK Government the Association Office will be closed. Association Meeting have been suspended. Events will likely be suspended and potentially cancelled. Further details will be included here as details emerge. 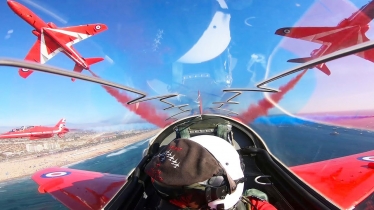 The Red Arrows are set to stay in their home county of Lincolnshire and move to RAF Waddington after the closure of their current base RAF Scampton. With their planned new headquarters a short distance away from their current home, the aerobatic team will still take to the skies above Scampton to practise their world-famous displays.

The Ministry of Defence will look at options for preserving the rich history of RAF Scampton after its closure. During the Second World War, the base was home to 617 Squadron which famously took part in the Dambusters raids in 1943.

West Lindsey District Council is encouraging people to get behind local…

We have over 19 district councillors, 8 county councillors, a police and crime commissiner and an MP all within the Gainsborough constituency who can help in parliament, with the police's priorities at the county or district councils. You find all their details on our people pages.

This map shows the extent of the geographical area, of the Gainsborough Constituency, that we serve. This is the area of the United Kingdom that we represent on behalf of the Conservative Party.

You are cordially invited to the Nettleham & Area Conservatives’ 40s &…