The Patrons’ Club is an exclusive group of local Conservative Party supporters. Membership includes subscription to the Conservative Party, but does not necessarily mean becoming involved in the day-to-day business of the Association - although you are very welcome to do so if you wish.

You can join the Patrons’ Club by completing the form attached at the bottom of this page and returning it to GCCA Patrons' Club, Office 7, The Plough, Church Street, Gainsborough DN21 2JR.

There are no formal meetings of the members of the Patrons’ Club, the main event of the Patrons' Club is the Annual Club Lunch held usually in November each year, and for the past six years held at the RAF Club, Piccadilly, in central London.

Our next Annual Club Lunch will take place on Wednesday, 13th November 2019. Details can be found here.

Recent past speakers at the Patrons’ Club Annual Lunch have included:

We also hold occasional Patrons' Club Dinners within (or near) to the constituency and these have in the past been held at Brockesby Hall. In 2012 the Dinner was held at The Jews House in Lincoln. The 2018 Patrons' Club Dinner was held at Hemswell Court and the guest speaker was Jake Berry MP - Parliamentary Under Secretary of State at the Department for Communities and Local Government.

Members of the Patrons’ Club will be invited to other ad hoc events; such as exclusive drinks receptions. 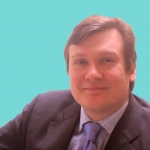 The Patrons’ Club exists to support the Gainsborough Constituency Conservative Association financially and to contribute funds to enable the Association to remain a fighting force for conservatism.

The prosperity of a strong and vigorous Conservative Party within the constituency is without doubt in the national interest. The Party can only fulfil its role if it is adequately supported and financed at both national and local levels.

Money raised by the subscriptions to the Patrons’ Club enable the Association to return Conservative candidates to the House of Commons, European Parliament, Lincolnshire County and East & West Lindsey District councils.