Jackie has lived in the Saxilby for fourteen years and loves being part of such a vibrant community. Before taking early retirement she was a Secondary School teacher and was Head of Music, Citizenship and Expressive Arts. She spent much of her private time running a children’s theatre company and giving professional and amateur opportunities to hundreds of young people, some of whom still work professionally in the theatre and on TV.

Jackie was first elected to West Lindsey District Council in 2007 and has served there as a councillor ever since. In 2012 she took early retirement from her teaching post and was soon also elected to serve on Lincolnshire County Council. She has a very strong desire to work for the community and treats her council work as a full-time job. Jackie was re-elected in 2013 and 2017. She serves as the Council's Chief Whip.

Jackie has a particular concern for deaf people because their deafness often leads to social isolation. For the last two years she has worked with a small group of dedicated people to learn British Sign Language and now, as part of her council duties, she visits deaf people who communicate through sign language. She is hoping to extend this work to include schools where deaf children sometimes have difficulty in mixing with hearing children.

At West Lindsey, Jackie has been Chairman of the Chief Officers’ Employment Committee and has taken a leading role in appointing highly able and talented directors, with an expectation that they will raise more money for services and take the council to new levels of efficiency.  She is current Vice-Chairman of the Governance and Audit Committee, as well as serving on the Joint Staff Consultative Committee, where she plays a full and active part in her meetings.

Jackie has consistently used her portion of the District Councillors’ Initiative Fund to provide small grants to local organisations, to help them grow and develop.

Jackie is the Chief Whip on Lincolnshire County Council and is Chairman of Scrutiny Panel A.

West Lindsey District Council has agreed to continue to fund the CallConnect bus service for a further two years.

West Lindsey District Council’s financial accounts for 2018/19 have been given a clean bill of health by our external auditors, Mazers LLP.

Mazers looked at how well the Council managed its finances and gave it an ‘unqualified opinion’ for its Statement of Accounts. The report says:

Schoolchildren from across Lincolnshire have been inspired to become architects, builders and quantity surveyors as part of Construction Week 2018.

Plans to build 50 new bungalows and ten flats in a sought after location in West Lindsey got under way this week.

Twenty-five football teams from under 11’s to under 16’s will take part in the 2018 StreetGames Festival at Riseholme College Campus, near Lincoln.

A Conservative-led council in Lincolnshire is set to invest in a commercial enterprise park to provide leasehold opportunities for business tenants. 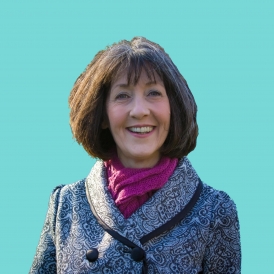