Owen is a local man through and through.  Born and brought up in Laceby, he moved to his present home in Keelby in 1979.  He began his schooling in Laceby, then studied for seven happy years at Caistor Grammar School, achieving success at both O and A level.  Later he furthered his education through evening courses at Grimsby College, including a Higher National Certificate in Computing and Business Data Processing and also completed a number of vocational courses.

Through many years working in the financial services sector, Owen has developed a good insight and understanding of the needs of businesses as well as individuals.  He has been recruited to join both internal and field sales teams that depend on individual commitment and self-motivation for collective results.  He has run his own successful computer services business since 1996, principally supplying software and equipment to local schools and colleges.

Self-employment allowed him the flexibility and time to become fully involved in community life.  He edits InTouch, the Keelby parish magazine and was one of the original volunteers when the Luncheon Club was formed in the village in 1992 where he still helps.  This was also the beginning of his long association with Age UK Lindsey where he has served as a Trustee since 1994 before being elected as Honorary Treasurer in the following year.

Conscientious and hard-working, Owen has served in a variety of capacities including as Chairman of the Council in 2010-11.  He is currently the Deputy Leader of the Council and is particularly proud of his 100% attendance record in the sixteen years since he was first elected.  He plays a full part in the shaping of policy and delivery of services, always seeking the best possible outcome for the people and area he represents.

West Lindsey District Council is helping to raise awareness of local projects by dedicating one stall a day on its busy market for communities and charities to use.

Exciting plans to extend the pedestrian walkway along the riverside in Gainsborough have been given the go ahead.

Conservative-led West Lindsey District Council will begin to collect large items again from this week after temporarily stopping the service in March due to the Coronavirus pandemic.

West Lindsey District Council has agreed to continue to fund the CallConnect bus service for a further two years.

The construction of the new multi-million leisure centre in Market Rasen is developing well - despite the ongoing COVID-19 outbreak.

West Lindsey is one of four local authorities to benefit from a share of £600,000 government funding to tackle homelessness and rough sleeping.

Conservatives on West Lindsey District Council have welcomed the decision that the charge for garden waste collections will remain at the 2018 price. 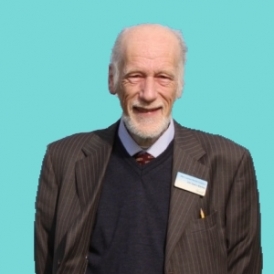