'West Lindsey Has So Much to Offer' says Council Chairman 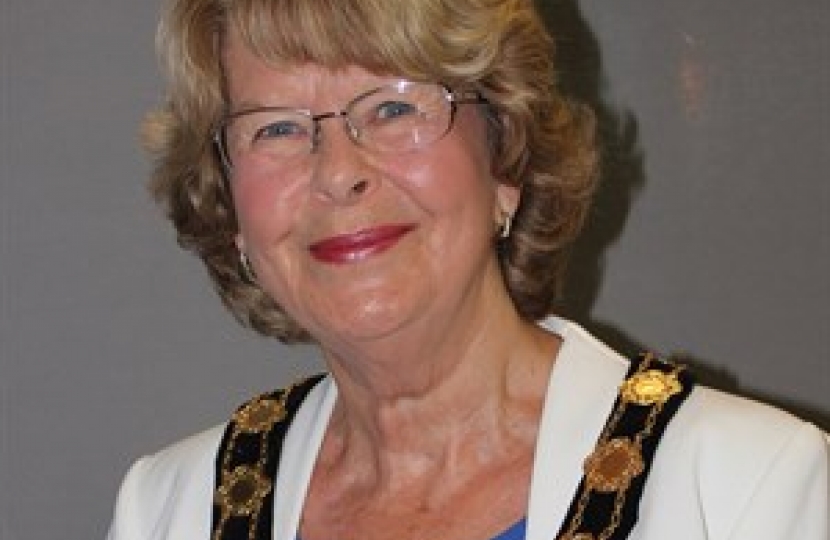 A former Lincolnshire business woman is honoured to have the civic role of Chairman of West Lindsey District Council.

Cllr Pat Mewis, who was the proprietor of a local bed and breakfast, hopes to raise awareness of what the area has to offer during her civic year, which coincides with the 100th anniversary of the Royal Airforce.

Cllr Mewis has already attended The Bastion in the Air @The Collection in Lincoln and the Sunset reception and ceremony at RAF Scampton. She said:

“It was marvellous to attend these events but I am sad to hear about the closure planned for RAF Scampton in 2022, especially as this year it is the centenary of the RAF.”

The RAF 100 anniversary is very significant to Cllr Mewis’ family as her father served in both WWI and WW2. She commented:

“My father was called up in 1917 for the Navy, due to his mechanical background he was seconded into the Royal Naval Air Service which was the very start of the Airforce. He was called into the RAF to serve again in 1939 as a ground crewman through to 1946.”

Cllr Pat Mewis is passionate about West Lindsey. She has made her home in the area now for 50 years. She added:

“If I can inspire and impress upon people how great West Lindsey is, perhaps it will encourage more people to live, work, invest and visit. I am often surprised that West Lindsey is still relatively ‘unknown’ to many people but it has so much to offer and is very diverse.”

The Chairman is a very willing ambassador and attends many events throughout the district, County and East Midlands as well as hosting receptions for the council and fund raising events for charities.

Cllr Mewis spent two busy days at the Lincolnshire Show greeting visitors to the WL marquee and in turn visiting businesses based in West Lindsey. Also attending a number of community events together with the Vice Chairman of the Council, Cllr Steve England.

She said: “I am absolutely delighted to be Chairman of West Lindsey District Council. I feel honoured to have this position and I hope I can benefit the council in every possible way throughout the year, representing it through the opportunities I have to go out and meet people in the district.”

Cllr Mewis is hoping to support two charities this year:

If you would like to invite the chairman to your event, you can complete the online invitation form by visiting: www.west-lindsey.gov.uk/invitethechair.