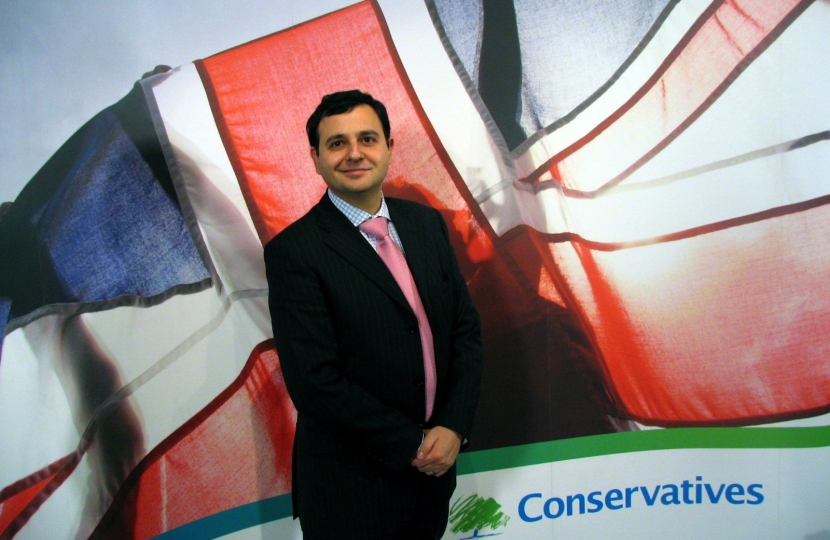 Gainsborough Constituency Conservative Association invites you to a

Guest Speaker: Alberto Costa was raised, educated and worked in Glasgow, where he attended the University of Glasgow graduating Master of Arts (Distinction) and Bachelor of Laws. Thereafter, he gained the Postgraduate Diploma in Legal Practice at the prestigious University of Strathclyde Graduate Law School. He is fluent in Italian and conversant in French and some Greek. He was President of the Students’ Representative Council from 1995-96. His parents are from Italy and came to the UK in 1967. Alberto is married to Dr. Maria Costa and they have a daughter, Sophie. Alberto is a dual qualified Scottish and English solicitor, who has worked in Glasgow, Edinburgh, London and the United States.

Alberto has been involved in British politics for over 20 years and was a parliamentary candidate for the marginal seat of Angus at the 2010 General Election, where he succeeded at increasing the party's share of the vote. He has an in-depth understanding of the machinery of Whitehall and of the political decision making processes at Westminster, Holyrood and the devolved assemblies in Cardiff and Belfast.

Booking Form: A booking form for this event is available in the 'Attachments' section below.