As a County Councillor, he has always believed his first duty is to serve the interests of those who elected him and never to follow slavishly the party line. To this end he attends not only meetings at County Hall in Lincoln, but Parish and Town Council Meetings throughout the division averaging about ten a month.

Tony has been a councillor for most of his adult life, serving on Cleethorpes Borough and Humberside County Councils before being elected to Lincolnshire County Council for the North Wolds Division in 1995.

Tony was awarded an MBE for services to the community in 1997.

Tony was appointed Support Councillor under the Commercial and Environmental Management portfolio holder.

Sir Edward Stands Up for Residents in Battle for Beauty Spot

Sir Edward Leigh MP has is supporting local opposition by residents who are calling on West Lindsey District Council to reject an application for the construction of thirty-five holiday homes at Swinhope, near Binbrook, which they believe would blight the beauty of the Wolds.

Today the Conservatives launch their manifesto for the county council elections on Thursday May 4th 2017. 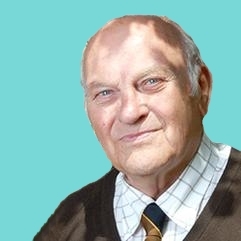