Thomas served as a district councillor for Market Rasen ward between May 2015 and May 2019. As West Lindsey’s youngest councillor, at the age of just 20 years and 11 months, fighting for local residents on local issues such as getting two hours free car parking into Market Rasen through lobbying his colleagues. He has also prevented several unwanted local developments from taking place one such example was the 53 dwellings that were proposed in old Gallamore Lane.

Thomas has a long link with HM Armed Forces and although unable to serve himself, due to being medically barred, has always wanted to help those who have served. Thomas was appointed as the Armed Forces Champion for the district. It is a role he truly enjoys and relishes alongside working for the residents of Market Rasen ward he has written and lobbied Sir Edward Leigh MP and the Ministry of Defence on numerous issues on the behalf of veterans within West Lindsey.

Thomas has been a champion for the residents of the whole ward he represented on  matters such as broadband issues, policing – specifically on behalf of residents who have raised concerns with him about the forces presence within the ward – as well as wider infrastructure issues within Market Rasen and the surrounding communities; like roads and rail connectivity.

Thomas has always been public spirited and wanted to speak up for and represent people. He has been involved with the board of Governors at one of his pervious schools. Since being elected in 2015 his appetite to be a voice for local people on local issues has only strengthened.

Thomas is a co-opted member of both to Market Rasen Town Council and Middle Rasen Parish Council.

Market Rasen & Caistor Conservatives is a branch of the Gainsborough Constituency Conservative Association.

Residents have had the opportunity to comment on plans for the brand new leisure centre in Market Rasen. Conservative-led West Lindsey District Council held an exhibition, which included a virtual reality video to showcase plans of the £6.1 million dry leisure facility.

Annual Constituency Dinner is a Success

The Association's annual Constituency Dinner, held at Hemswell Court, Lancaster Green, Hemswell, has been very successful after a substantial number of guests enjoyed a great evening.

Sir Edward Leigh, the Conservative MP for Gainsborough, has objected to plans to build 300 homes on a flood-risk area near Middle Rasen.

The MP of thirty years’ service in the Commons said:-

The first of 30 lifesaving defibrillators across West Lindsey has been installed in Market Rasen.

Conservatives that represent the Rasen area have welcomed news that new parking charges, that came into force on Wednesday 5th October, will not be implemented in Market Rasen, until the festive period is over.

Market Rasen's experienced Member of Parliament, Sir Edward Leigh, has welcomed the decision of Ofsted to withdraw a report into a local nursery following suggestions that an otherwise excellent childcare facility would be downgraded due to a lack of sufficient cultural diversity.

Conservatives have enjoyed an excellent evening at their annual Constituency Dinner. 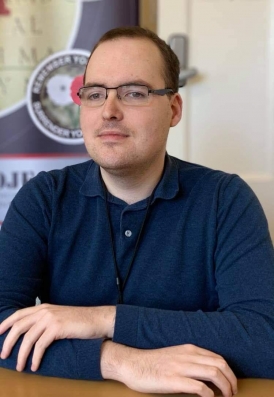