Steve England was elected to West Lindsey District Council in 2015 to represent Dunholme & Welton ward. On election he was tasked with championing neighbourhood planning across the district. In 2015 there were only five such plans in preparation and progress was slow. Working closely with officers work was started to assist these five to completion, and encourage other communities to get involved. Today there are 13 neighbourhood plans adopted by the district council that carry full weight when considering planning applications. A further 10 are near to completing the legal stages required for them to be adopted by the council. A further 15 are being or are about to be prepared. This is a long and sometimes difficult process for the communities involved, and Steve acknowledges and admires those undertaking the process for the commitment and hard work required having worked on one himself.

This makes West Lindsey District Council the leading council in Lincolnshire and one of the top councils nationally for neighbourhood planning which the council consider an essential part of giving communities a say in how they want where they live to grow in a way that is sustainable in the future.

During his term of office Steve has served on both of the council's policy committees, being Deputy Chairman of one, until he became Vice Chairman of the Council in 2018. He also sits on the Leaders' Panel and a number of sub groups, and represents the district on two drainage boards.

Away from council Steve lives in Welton with his wife Kathryn who was his childhood sweetheart. They have a daughter, son in law and teenage grandson who live in the United States and a son and daughter in law who live in Australia.

Viewers from around the world tuned in to watch the virtual opening of Leiden400 in Holland, part of the commemorative year of the sailing of the Mayflower.

A development of affordable housing in Nettleham designed exclusively for over 55s was officially opened during a ceremony hosted by LACE Housing last week.

Fifteen months ago work started on building a much-needed crematorium to serve the people of West Lindsey and beyond. Lea Fields Crematorium is the first facility to be built in the district and means local residents will have much shorter journeys, where previously they have had to travel signif

West Lindsey District Council raised the rainbow flag for the first time outside its headquarters to celebrate LGBT+.

The LGBT+ flag has been raised outside the council’s offices, at Marshall’s Yard in Gainsborough, this morning (Monday 23 September).

Schoolchildren from across the district got a glimpse of their arty design which has been blown up on the side of a West Lindsey refuse lorry. 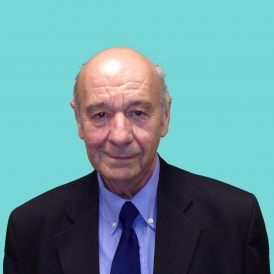