Sir Edward Leigh was born in 1950, the youngest son of Sir Neville Leigh KCVO, the Clerk to the Privy Council. He was educated at St Philip’s School, the French Lycée, the Oratory School in Berkshire, and Durham University where he read History. where he was president of the Durham Union Society.

He was called to the Bar (Inner Temple) in 1977 and worked as Mrs Thatcher’s Principal Correspondence Secretary before qualifying. He served on the Greater London Council and Richmond Borough Council before being elected in 1983 as MP for Gainsborough, which he has represented ever since, with a majority of over 22,000 at the last general election.

He was the Parliamentary Private Secretary to the Minister of State at the Home Office 1989-90 and was Under-Secretary of State at the Department of Trade & Industry 1990-93. Last year he was elected to serve on the new International Trade Select Committee and the Procedure Committee. Previously he has served on the Defence, Agricultural and Social Security Select Committees. His barristers’ chambers are at Goldsmith Buildings. He serves as a Non-Executive Director on the board of a commercial bank. He is a member of the Parliamentary Pro-Life Group.

Sir Edward is married to Mary and they have six children. He lives with his wife and family in the constituency at weekends and during the parliamentary recesses. During the week they live ten minutes’ walk from the Commons.

He was knighted by the Queen in 2013, awarded the Legion d’honneur (Officier) by the French Republic in 2015 and in 2017 was awarded the Stella d'Italia (Commendatore), conferred by the President of the Republic of Italy. At the end of 2018 Her Majesty the Queen was pleased to approve Sir Edward Leigh MP be sworn of Her Majesty’s most Honourable Privy Council.

Election of a Member of Parliament for the Gainsborough Constituency on Thursday 12h December 2019.

The next general election in the United Kingdom is expected to be held on Thursday, 8th June 2017, in line with the Fixed term Parliaments Act; following a motion proposed by the Prime Minister Theresa May.Candidate SelectionYou can find details of the incumbent Conservative Member of Parliament for the Gainsborough Constituency by clicking the name below:

10,800 people in the Gainsborough constituency have had their jobs protected by the Government through the coronavirus pandemic £17,062,500 worth of grants provided to local businesses. In total, more than £160 billion of Government support has been provided to help individuals and businesses in all parts of the UK.

Conservatives Welcome 'Eat Out to Help Out' Scheme

The Eat Out to Help Out scheme has launched this week, giving families 50 per cent off their restaurant bills in August. There are 3190 participating independent restaurants, cafes and pubs, and outlets from smaller chains in the East Midlands.

The Red Arrows are set to stay in their home county of Lincolnshire and move to RAF Waddington after the closure of their current base RAF Scampton. With their planned new headquarters a short distance away from their current home, the aerobatic team will still take to the skies above Scampton to

Sir Edward Leigh, the Conservative Member of Parliament for Gainsborough, has written to the head of the Lloyds Banking Group objecting to the closure of the bank’s Market Rasen branch.

Fifteen months ago work started on building a much-needed crematorium to serve the people of West Lindsey and beyond. Lea Fields Crematorium is the first facility to be built in the district and means local residents will have much shorter journeys, where previously they have had to travel signif

Sir Edward: I will continue to fight both for the Red Arrows and to Save Scampton

Sir Edward Leigh, the Conservative Parliamentary Candidate for the Gainsborough constituency and veteran parliamentarian with over three decades of experience, has reacted in the strongest possible terms to an article published by the Mirror which suggested that the RAF Acrobatic Squadron, the Re

Official ONS figures show that the Conservative’s economic management means that the unemployment rate has fallen to its lowest level in nearly half a century. 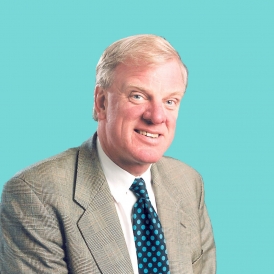