Roger lives at RAF Scampton with my wife Nicola and our two sons. He works as an administrator and driver for PC Coaches of Lincoln. Roger is also a member of Scampton Parish Council.

First elected to West Lindsey District Council in 2011, the first Conservative councillor for Scampton Ward in sixteen years, with a majority of just 10 votes. Roger currently sits on the Planning Committee, Licensing and Regulatory Committee and he has been the Council’s member champion for democracy, where he is drawing up plans to engage with communities, especially young people. He was subsequently re-elected in 2015 with an increased majority of 455. Roger was re-elected in 2019 in an uncontested election.

Roger works on a community group where he lives and is vice chairman of The Ex-MOD Communities Steering Group. He has been a primary school governor and chair of governors, he has also been Chairman of the Welton and District Royal British Legion

The Red Arrows are set to stay in their home county of Lincolnshire and move to RAF Waddington after the closure of their current base RAF Scampton. With their planned new headquarters a short distance away from their current home, the aerobatic team will still take to the skies above Scampton to

Cllr Roger Patterson: “We have to unite to make this somewhere we can be proud to call home!”

Conserative-led West Lindsey District Council is calling on the community to work together to secure the future of RAF Scampton.

Sir Edward Leigh, the Member of Parliament for the Gainsborough constituency, where RAF Scampton is located, has been saddened by the announcement by the Ministry of Defence at plans to close the base, he said:

Local Conservative have welcomed news that Lace Housing has formally marked the start of the building of its two new schemes for older people in two sought-after villages near Lincoln.

Gala Dinner for Sir Edward is a Success

A Gala Dinner held in honour of Sir Edward Leigh's thirty-five years as Member of Parliament for the Gainsborough (and Horncastle) Constituency was a fantastic celebration and substantial success.

Local Conservatives have enjoyed supper with Robert Jenrick MP, the Conservative Member of Parliament for the Newark constituency, at the White Heather, Caenby Corner, near Market Rasen.

Conservative-led West Lindsey District Council is excited to host an event which gives special recognition to the unsung heroes working in the community. 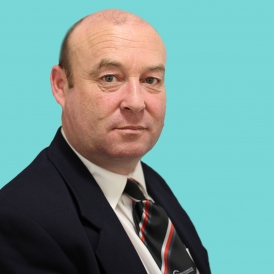