John has recently moved with his wife, Alice and son, William, to Middle Rasen from Market Rasen where they had lived for more than a decade.  John attended local schools including De Aston School Sixth Form at Market Rasen before reading for his undergraduate degree at the University of Hull where he graduated in July 2003.

John was elected to West Lindsey District Council in the May 2015 election. He was subsequently re-election in May 2019. He serves on the Corporate Policy & Resources Committee and the Governance & Audit Committee. He is also one of the Vice-Chairmen of the Prosperous Communities Committee, on which he also serves. John has been an active member of the Community Grants Panel, awarding significant grants across the district to benefit local communities.

John has spent his time at West Lindsey District Council championing the cause of Market Rasen town and the villages of the ward, to ensure a reasonable distribution of resources across the district.  John, with his fellow ward-Councillors and other groups, effectively campaigned to enable two-hours’ free car parking in Market Rasen following the introduction of charging in 2016.  He has also been a strong supporter for the new leisure facility to replace the current facilities at De Aston School, and hopes that a swimming pool will be added to the facilities when the viability and affordability of such a project is demonstrated.  John was also instrumental at securing a £200K package in 2018 from West Lindsey District Council for Market Rasen Town Council, the only council outside Gainsborough to receive such assistance.

John has a track record to be proud of working hard within the local community. John is currently a Trustee of Middle Rasen Nursery, where he is the Treasurer and (Acting) Secretary, and the Independent Examiner of Accounts of St Thomas’ Church, Market Rasen.  John was an active member of Market Rasen Town Council from 2014 until 2017. In that time, in partnership with the Mayor and other Town Councillors, John delivered improved facilities at all the parks within Market Rasen and promoted the revival of the Festival Hall, leading to exciting redevelopment plans.

Before becoming a househusband to raise his son, John most recently worked as a consultant for the Diocese of Lincoln.  Previously John had worked as a Compliance Manager in healthcare recruitment, at De Aston School as a Science Technician and as a compliance professional for an Insurance Broker in Lincoln, where he obtained various professional qualifications, including from the Chartered Insurance Institute.

Market Rasen & Caistor Conservatives is a branch of the Gainsborough Constituency Conservative Association.

Auditors have said they have a ‘high level of confidence’ over the governance arrangements at West Lindsey District Council. Assurance Lincolnshire carried out an assessment on the Council’s culture, ethics and values and how this supports good governance.

Morgan Sindall Construction has handed over a £6.3 million leisure centre in Market Rasen, which has been designed and built in just over a year. The project was awarded to the main contractor by West Lindsay District Council through the Scape Regional Construction framework.

As the economy begins to reopen this week, West Lindsey District Council have revealed additional support for local small businesses and the self-employed, designed to help recovery from coronavirus and beyond.

West Lindsey District Council’s financial accounts for 2018/19 have been given a clean bill of health by our external auditors, Mazers LLP.

Mazers looked at how well the Council managed its finances and gave it an ‘unqualified opinion’ for its Statement of Accounts. The report says:

West Lindsey District Council is delighted to announce that work has begun at the site of the new £6.3m Market Rasen Leisure Centre. The new centre which is due to open in late spring 2020 will be home to a range of state-of-the-art facilities for the local community. It will include: a 3G Pitch,

West Lindsey's Conservatives are backing the district council who are promoting their free car parking offer, reminding people that they are able to enjoy one hour free parking in all council owned car parks in Gainsborough, as Christmas approaches.

Exciting plans, by West Lindsey District Council, to build a new dry leisure facility in Market Rasen have taken one step closer after the council secured a site for development. 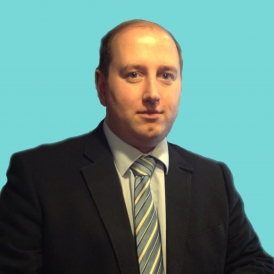