Ian Fleetwood was born in Lincoln and moved to the Bardney area aged 3. He attended Bardney Primary School, Horncastle Grammar & Lincoln Technical collected before becoming self-employed in marketing in the construction industry at the tender age of 18.  Experience was rapidly gained in accounting and sales, but also in dealing with local government planning departments dealing with applications.

He then became engaged in business training of employees with an international company, which then expanded into training and procuring management solutions involving computer technology.  He then decided to become self-employed again, creating several companies involved in computer and telecommunications.

Ian Fleetwood became involved in local government following a long-standing issue involving his local District Council, where he decided the only way to try to mediate a solution was to deal with it from the ‘inside’ and therefore stood for election to the Bardney Ward of West Lindsey in 1998.  Within two years he became the Conservative Leader to the District, but then stood down to allow time to allow for an election campaign to the County Council in 2001 which he won!

Over many years Ian Fleetwood has represented the area responding to local issues affecting residents but has also been pro-active obtaining many grants to aid projects which has become a much larger issue in recent times with the emerging Localism agenda created by Central Government.  Within Lincolnshire, Ian Fleetwood has held many roles in planning and other committees, but has also been involved in East Midlands regional issues, and has been the Chairman of East Midlands Councils Employment (and it’s predecessors!)  for several years.  He also represents the area at National Association of Regional Employers, the national voice of local government employers and has withdrawn from CEEP Europe – an organisation that covers many aspects of employment within local government, NHS and Universities across the Member States.  He was President of the UK section for two years representing both local and national viewpoints.

Ian is Chairman of the Planning Committee at both Lincolnshire County Council and W3st Lindsey District Council.

The Transport Minister has provided reassurance to local residents who are opposing the proposed closure of Hawthorn Road, Greetwell as part of the construction of the Lincoln Eastern By-Pass

Two Benches in Marshall's Yard, Gainsborough have been dedicated to the memory of two fromer Conservative Councillors by the West Lindsey District Council Conservative Group. 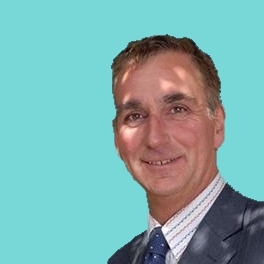