Ian was born in Burton upon Trent in 1969, his father was a police officer and his mother was nurse. Both were active in the local community running youth groups which is where Ian’s ethos of giving service was fostered. Coming from a big family Ian learnt the importance of how the family can be used to provide support in times of need. That family provided two Borough Mayors and sparked his interest in local politics.

Ian left his home town to join the army, this saw him see active service world-wide and saw him live in Germany, in his time he has travelled to most of the European Countries. During his summer leaves he helped with a project called SPACE (Staffordshire Police’s Activity and County Enterprise), a mass youth club for the whole of Staffordshire.

After leaving the Army with disabilities from service Ian decided to retire and try to write a children’s book. This also saw him move to Gainsborough where he has been for five years. Retirement didn’t last long at all and the book has never been finished. This is because Ian has got fully into working with the Armed Forces Community to link them and the local community together. Whilst doing this he has taken on board a general need for not only West Lindsey, but Lincolnshire; that of substance misuse.

Ian loves Gainsborough and West Lindsey and has fully made this his home, exploring with his family the area with its history and beautiful countryside. Ever reminding him of his childhood when he was growing up. He does see fully the potential that the whole area has to offer and is keen to be part of a Conservative Team which is growing the districts infrastructure, as well as growing the local population. Ian is very keen to foster not only the identify of our local towns and villages and also to foster a true West Lindsey identity, with our employment, leisure, education, food and community groups. Building on our already great district to make it better and more recognisable nationally.

Politically he would class himself as a Child of Margeret Thatcher, that is he came from a normal working family one where he was encouraged to work hard and better himself, so the boy from burton bettered himself educationally and professionally. Even meeting her in 1991 after the first Gulf War, never though forgetting everyone can have the chance if encouraged too. Believing that local employment is best and innovators are the lead in local employment. Not everyone can work due to circumstances beyond their control so Ian truly and passionately believes that this group needs special support, be that from nation or local government or better still from local groups who know the area. It is sometimes a game of chance with life, that though can be altered if people are pointed or encouraged to take those chances.

As for hobbies, Ian has a wide and varied range of interests. He enjoys local history, Rugby and all kinds of music. As this ex-soldier enjoys Red Arrow watching and like West Lindsey never tires of them. 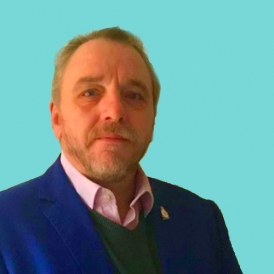