Bob Waller is originally from Ashford in Kent; however, as an ex-Army Officer has lived abroad and travelled extensively. After retiring from the Royal Corps of Signals, Bob worked in the voluntary sector in the North of England and then in the private sector as the Chief Executive Officer of an apprentice engineering training company. He then set up his own training and education consultancy. Bob is also a retired magistrate having sat on the Teesside bench for several years.

Bob has lived in Sudbrooke for just shy of nine years with his wife Sue; they have been married for forty-five years and have two grown up daughters and two grandchildren.

Bob is Vice Chairman of Sudbrooke Parish Council, with a keen interest in the environment and planning. He is currently a member of the WLDC Planning Committee. He is heavily involved in Sudbooke Village Hall and has specific responsibilities for fundraising events and is also well- known for the monthly village hall quiz that he hosts. Through this fundraising activity, Bob is committed to extending and improving Sudbrooke Village Hall. Bob has recently organised weekly leisure activities for seniors through the WLDC outreach programme.

Bob wants to build on the very good work done by the late Stuart Curtis over the years but appreciates that they are big shoes to fill. Bob believes in our communities’ spirit and wants to help make both Scothern and Sudbrooke even better places to live. He recognises the need for better transport links, increased village facilities, a safer community and a planning system that delivers the right results for local people.

Bob enjoys travel, golf, gardening and caravanning in his spare time as well as supporting Lincoln City and Charlton Athletic.

Bob was elected to West Lindsey District Council following a by-election on Thursday, 16th November 2017. Bob was subsequently re-elected unopposed in May 2019.

The Gainsborough Constituency Conservative Association are pleased to have selected a local candidate, for the forthcoming by-election on Thursday, 16th November, for the Sudbrooke ward vacancy on West Lindsey District Council. 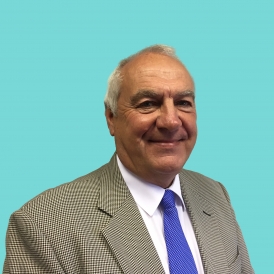