Anne has an honours degree in Natural Science and Diploma in Biological Sciences however, she started her career in Local Government before leaving to become a stay at home mum to her three sons.

Anne returned to work for BT in the late 1980’s and held various posts, as is the norm in business these days, ranging from Engineer to Call Centre Manager and holds a selection of qualifications pertinent to each of those roles. Anne's final appointment was during the emergence of BT Global when her prime responsibility was for the development of the Complaints Process; She owned all aspects worldwide including Customer Satisfaction, complaint reporting to the Board of BT Global and Compliance as well as managing the Complaint teams in Europe, Australia & America.

Anne was elected as a member of West Lindsey District Council in 2008 and subsequently re-elected in 2011 and 2015 and represents the Cherry Willingham Ward.

Anne was a member of Cherry Willingham Parish Council from 2006 to 2018, deciding to take a break after serving for two years as Chairman of the Council and four years as Vice- Chairman. During this time, she delivered on several projects including the purchase and establishing of Cherry Fields, provision of bus shelters and the Neighbourhood Plan.

Anne is a member of the British Walking Federation, the British-Dutch Walking Fellowship and Vice-Chair of the Lincolnshire Vikings Walking Club as well as Chair of Cherry Willingham Historical Society. Anne has completed the London Marathon three times, but now concentrates on walking, especially the Vierdaagse for which she holds a 23-year military medal to add to numerous international event medals for running and walking. 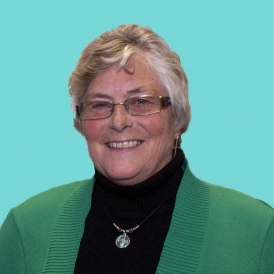