Originally from Birmingham, Angela has lived in Caistor for more than thirty-five years.  Having qualified as a Primary School Teacher and has worked in schools in Birmingham and Lincoln she later studied at Hull University.  There she achieved an Advanced Diploma in Applied Educational Studies and went on to achieve a Masters in Education.

Angela has 4 children all of whom have been educated in the town and participated in many of the clubs and organisations. Through her own interests and those of her children Angela has been involved with the Friends of the School, the football club, cricket club, tennis club, the Twinning Association, Caistor in Bloom and is an active member of her church.

Having established Whitegate House Kindergarten in 1984, Angela ran this very successful and well-respected business for over 30 years. Through this work, she has been in daily contact with many Caistor families and has been very aware of their needs and concerns. Though now retired, Angela continues to be an active participant in many of the organisations in Caistor bringing her into daily contact with residents.

Due to this awareness, Angela stood and was elected on to Caistor Town Council in 1999.  She represented the Town as Mayor from 2004- 2006. During her time on the Town Council, there were many improvements to the town, particularly the Market Place and a revitalised community involvement which has continued and flourished.  In 2005 Angela was elected as a member of West Lindsey District Council as the representative for the Caistor Ward. In 2015 she was re-elected to West Lindsey District Council as a member for the Caistor and Yarborough Ward. She has served on several committees and currently serves on the Challenge and Improvement Committee and Chief Officer Employment Committee. Angela is Vice-Chairman of both the Licensing Committee and Regulatory Committee.

Outgoing Conservative Chairman of West Lindsey District Council, praised residents as she reflected on her year as chairman.

St Peter’s Church in Friesthorpe became the sixth and final destination to receive a commemorative stone cross - to honour a Lincolnshire family whose eight sons went off to war but only three returned.

Our Member of Parliament has been pleased that the Secretary of State for Communities and Local Government has refused planning permission for wind turbine that would have towered over 300 feet tall at Caistor.

The decision by the Minister for Local Government to recover a planning appeal for a wind turbine at Caistor to be determined by the Secretary of State has been welcomed by Sir Edward Leigh MP.

A Local Town and Village are Named as Best Kept

Campaign to Protect Rural England names Caistor and Nettleham as winner and runner-up in the 'past winners' category of 'Best Kept' competition. 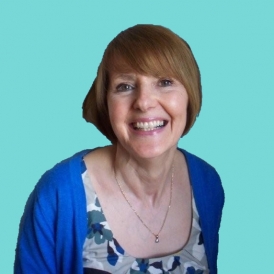