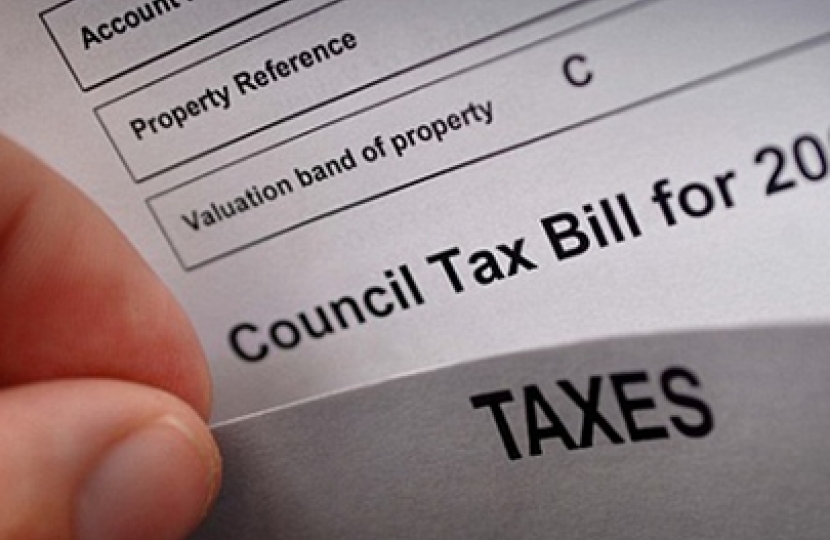 Just a year ago we gathered in the Chamber to approve a budget in the wake of the Comprehensive spending review – a government measure that daunted us all with its shock and awe at the extent of the cuts imposed.

I shall not do more now than remind councillors of the great uncertainty we faced, worried and concerned as we were about our ability to deliver services and embark on projects across the District.

This year we face new problems in the form of further government cuts that will stretch councils across the nation to meet their statutory obligations.  This is not too difficult to understand because the coalition government has vowed to eliminate the structural budget deficit by 2015 and to radically reform the way public services and benefits are provided.

This near catastrophe did not materialise by itself.  There were many national and international factors that played their nefarious parts.  But when it struck us here in the UK the Labour government of the day did not choose a corrective course.  Instead they kept up their near suicidal spending regime, to the extent that now we have a huge deficit that  exceeds £120m per day on the interest charges alone.

Our problems have been intensified by the virtual meltdown, and then effective bailing out of the Greek economy to a level where their deficit will be reduced to “only” 120% of GDP.  Add to this the parlous situations in the whole southern tier of Europe, in particular Spain, Italy, and Portugal, coupled with the deep questions about Ireland, and the UK is indeed in a dangerous and unstable financial position regarding major trading partners.

Taking these matters into consideration means that our economy is likely to grow only by small measures with negative impacts on total employment which will result in more demands for certain public services.  Added to this is the rising rate of inflation which is somewhat higher than the government's 2% target.

In spite of this financial gloom, I am quite pleased to be able to announce a freeze in WLDC council tax – meaning in simple, straightforward terms, that the citizens of our district will not have to pay any increase whatsoever for the services we provide.  This is in line with the LCC freeze, and is to my mind excellent news.

But let us not lose sight of the fact that although we are not in trouble – after all we do not have to borrow, and we owe no money, West Lindsey still must bear a serious reduction in the grant we are allocated from the govt.  Last year we received a formula grant, as it is called, of £8.2 million, together with council tax of £5.7 million.  This year the Formula grant equals our last year's tax, 5.7m,  a reduction of 24.7%!  Also, we must bear in mind that this whole system of FG will be replaced in 2013 with a somewhat new one based upon the localisation of business rate income, but more about that later.

The grant last year, based  on the equivalent of a 2.5% increase in band D tax, was conditional on our not raising council tax.  This year, we are receiving supplementary funding to compensate for not raising taxes – in our case 144,000, and this will continue through 2015.

Another important amount which is worth mentioning is the New Homes Bonus Grant. This is money that will be used to support housing activities, mostly in terms of empty homes, affordable or social housing, and disabled facilities. In 2011 our rate was 462k. And our allocation for the coming financial year is 800k.  But the government has not yet clarified what will happen after that.

As I said, the council is debt free and we have not structured any borrowing plans in to the present budget. But having said that, I would urge members not to reject out of hand the possibility of such a course in the future because it could be a valid income generator provided it is rigorously controlled by prudential indicators that we ourselves would set. After all, that is how businesses work, although of course we are a local authority and have specified restrictions on what we do with taxpayers' money.

To further explain to our colleagues around the UK just how we are managing to stay so financially healthy, I can now tell you firmly and forthrightly that we have made no redundancies, and can foresee none in the immediate future.

This means we have to be constantly vigilant to identify and carry out cost savings. Therefore we have set a target of £1million in combined savings and extra income.  I do not intend to try your patience with a line by line itemisation of these measures.  But some of the highlights include our new paperless ways of working 75k,as we crawl more and more into the boons of modern technology; suspending the winter waste collection 185k; new ways of operating Trinity Arts, 34k.

Of course we have had to make some adjustments because of increasing costs and income shortfalls. Among these are land charges and building control  – reductions of 231k, and  29k because of a cut in housing benefit.

We continually examine our fees and charges.  But our aim here is solely to recover actual costs in delivering services.  Chief among items revised have been licences for taxis, and charges for private water supplies.

Much of what we do concerns supporting our future priorities.  The medium term financial plan therefore concentrates heavily on strategic housing and rural broadband.

We have designated a total of £1.1 m as I indicated earlier to tackle empty homes and affordable properties.  We believe this activity will have a major and long lasting social impact across the District, and particularly in Gainsborough which is projected to double in population over the coming decade.  This Council is also one of the key partners in the Central Lincs strategic pl. unit, which is now in the process of developing a viable core strategy which will have mutual knock-on effects over the next twenty years with the construction of more than 40.000 homes, several hundred hectares of land made available for new businesses, redefinition of the very meaning of High Streets, and of course the roads and other public infrastructure so vital to development of this scale.

Linked to that is West Lindsey's committement to the development of super-fast broadband which will eventually bring a minimum of 2mg even to the most remote of rural sections. LCC has been allocated over 14m, and our share of contribution will be up to a maximum of 550k.

We have also included a Growth and Investment reserve of 1.35 m.  It is envisaged that these funds will be used for important projects such as the regeneration of the Elswitha quarter in Gain., and generally to optimise the use of our assets – for example, to help stimulate apprentice and graduate job placements.

As you realise, the Finance Act requires us to maintain adequate reserves for estimated future expenditure.  That is why each year we examine that level in order to minimise risks that could threaten the very operation of the Council.

In this context there are several major changes that we have to consider.  They concern reforms to the national benefit system, infrastructure financing through the introduction of CIL, and reform of NNDR,which I alluded to earlier.

Some of these come with uncertainties attached.  The national non domestic rates has to date no baseline established.  So although there are definitely risks, the rewards that will come to the council are as yet unclear.

So with that in mind, I can safely tell you that we have general fund balances at 5.523m, and earmarked reserves of 5.5m.  In summation, our general balances are comfortably above what is considered safe for a local authority of our size.  But as I said, keeping this level of reserves is a prudent thing to do during a cycle of European volatility and general world unease.

Before commending the budget recommendations to Council  I want to remind you all briefly of our corporate priorities.

Localism has been the buzzword for many months now.  Following the visit of Mr Pickles we have made further progress in directing our resources and energies to the citizens of West L.

We have just launched our 250k fund, and together with the councillors' initiative fund this is having excellent and welcome response and uptake in our towns and villages.  We are now in the process of appointing an organisation to obtain match-funding for the 1.2m asset fund which we hope to be able to announce soon.

I must here thank RS and all his team who worked assiduously on the line by line details of this budget exercise.  I additionally want to thank all members and officers who helped and indeed supported this District to make sure that essential services continued to be delivered.  It is thanks to all of you that this Council was not only protected in and of itself, but that all those who live and work here suffered no additional burdens in their hard-pressed financial lives.

So it is with a great deal of pride and confidence that I commend this budget to you.