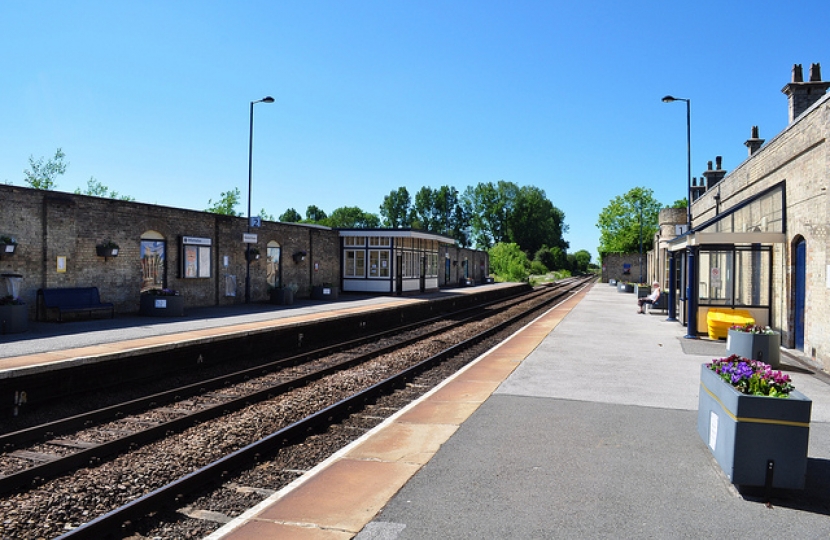 Sir Edward Leigh will petition the government for improved rail links for Market Rasen following the announcement that East Coast Main Line is to be returned to public ownership.

Stagecoach and Virgin Trains services that have been running the East Coast Main Line will cease doing so on 24th June and trains will be run by London North Eastern Railway (LNER).

Talks had been under way with Virgin Trains to secure direct rail links from the Humber South Bank to London, with services passing through Market Rasen. However, Sir Edward does not think the end of the franchise agreement will damage this bid. He said:

“I’m not convinced that it really matters to local people if the train services, available from Market Rasen railway station, are provided by a company in public or private ownership.

“What we all surely agree upon is the need to improve the current rail services?

“We want decent through services south to Lincoln and north to Grimsby and direct connections to London, as we had in the past.

“With the government taking control of the east coast franchise from Virgin Trains and Stagecoach, and re-launching the historic LNER brand to run services, I will petition the Transport Secretary to make sure we get improved services.”

Transport secretary Chris Grayling made decision to nationalise the service. The Department for Transport will run East Coast Main Line services until a public-private partnership can be appointed in 2020. In a statement to Parliament, Mr Grayling said:

“I don’t want these changes to be of anxiety to passengers. “I want to reassure them there will be no change to train services. The timetable will remain the same.”

Sir Edward is also back proposals by the county’s branch of Railfuture for a rail-based park and ride system around Lincoln.

This would be part of a park and ride system alongside Cherry Willingham, North Hykeham, Saxilby and Swinderby according to campaigner Graham Lilley. Sir Edward Leigh said:

“Railfuture Lincolnshire is right to be stirring up debate on the future of rail services in the county.

“My constituency has four railway stations – Gainsborough Lea Road & Central, Market Rasen and Saxilby. Later this year we are getting regular services between Gainsborough Central and Sheffield again.

“I continue to press for better services between Cleethorpes and Lincoln but also a return of direct services on this route to London, which would benefit Market Rasen.

“I would certainly like to see proposals brought forward for a rail-based park and ride scheme, perhaps with a new station at Cherry Willingham or seeing if former infrastructure, like Langworth, could be brought back into use.”

“I am still confident that this metro-style system will be a relevant cheap-fix to Lincolns traffic problems, benefit Lincoln’s nearer villages, and integrate nicely with Lincoln’s industrial areas, bus services and waterway system.”