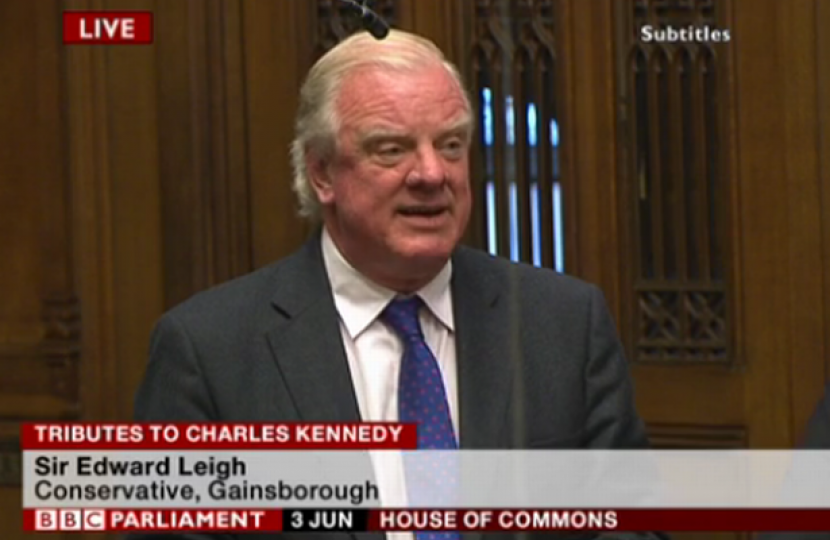 Sir Edward Leigh, the Conservative Member of Parliament for Gainsborough, has praised the late Charles Kennedy, former leader of the Liberal Democrats, in a speech on the floor of the House of Commons.

“I walked into this House for the first time as a Member with Charles almost 32 years ago to the day,” the MP told the Commons, “and among our new intake he was already quite a celebrity.”

Charles Kennedy had been the youngest MP in the Commons when elected aged 23 in 1983, and only lost his seat to the Scottish Nationalists at the general election this year.

Sir Edward praised Kennedy’s “gentle patriotism” and said the former Lib Dem leader had been “proved right” on the Iraq War, which found them both in opposition to the Labour government of the day.

“For all the 32 years that I served with him in this House and on the Council of Europe, although I was always a political opponent, in a way I always felt we were soulmates,” Sir Edward continued.

“All those years I admired him and it is truly said that when we die, we can only take with us what we have given away. This man gave everything to our House. There never was a braver and a truer spirit.”