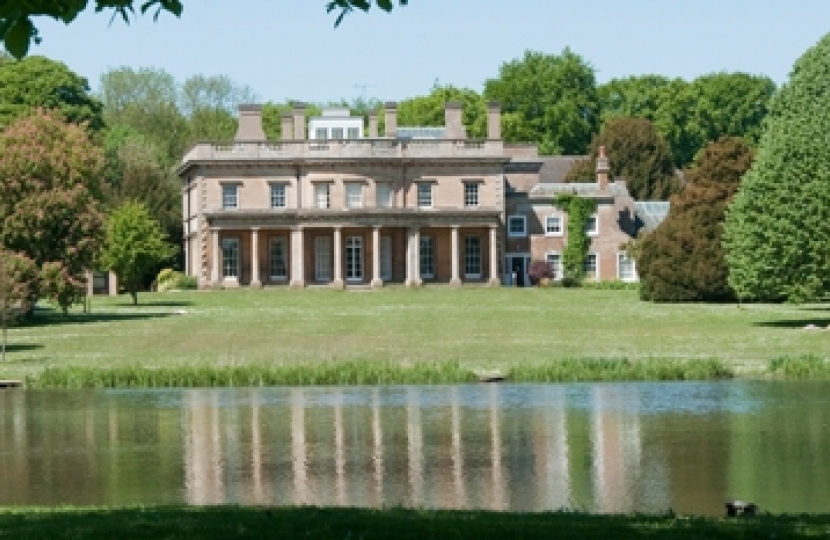 Sir Edward Leigh, the Member of Parliament for the Gainsborough Constituency, whilst officially opening the Phase Two of the Riseholme Collage Showground Campus, today has announced the Government’s intention to commence legal action against the University of Lincoln.

The University of Lincoln has plans to demolish part of the Riseholme Park Campus and develop a housing estate. Sir Edward informed those at the opening that:

“I can also reveal today that the Department for Education, through the Skills Funding Agency, is taking steps to commence legal proceedings against the University of Lincoln over its plans to demolish the Riseholme Park Campus and replace it with a housing development.

“This unprecedented step has been confirmed to me in writing by the Skills Minister Robert Halfon.

“The land and assets at Riseholme Park are protected by a legally binding Asset Deed and the SFA has said it will proceed with legal action to enforce the deed unless the University makes a satisfactory offer to settle the dispute.

“This is a hugely significant development and one which will hopefully protect the campus for future use by generations of Lincolnshire farmers and other workers.”

The Government is clear that the value of the land is protected by an Asset Deed which was effected when the land was originally transferred from the Lincolnshire College of Agriculture and Horticulture in 1994 to De Montfort University, who subsequently transferred to Lincoln University.

“I have been working hard with my Conservative colleagues, Jackie Brockway our County Councillor and Sir Edward on this issue. Today it is clear that the Government will uphold the Asset Deed on the site which is almost certainly going to force the University of Lincoln to reconsider their unpopular plans.

“I feel that the University of Lincoln continue to act in an imperious and arrogant manner. Their lack of respect for local people, or their elected representatives, endures. Universities should be places of learning, research and knowledge not an exercise in turning a profit. There persistent attitude calls into question their institution’s values.”

“I am delighted. I have campaigned for this for a long time. The farmers of Lincolnshire have a right to preserve their home farm of their college and the villagers of Riseholme have a right to protect their green belt. It is also ridiculous that agricultural buildings paid for by the taxpayer only recently should be demolished.”