£80,000 of Children’s Play Equipment in Nettleham Supported by Local Conservatives 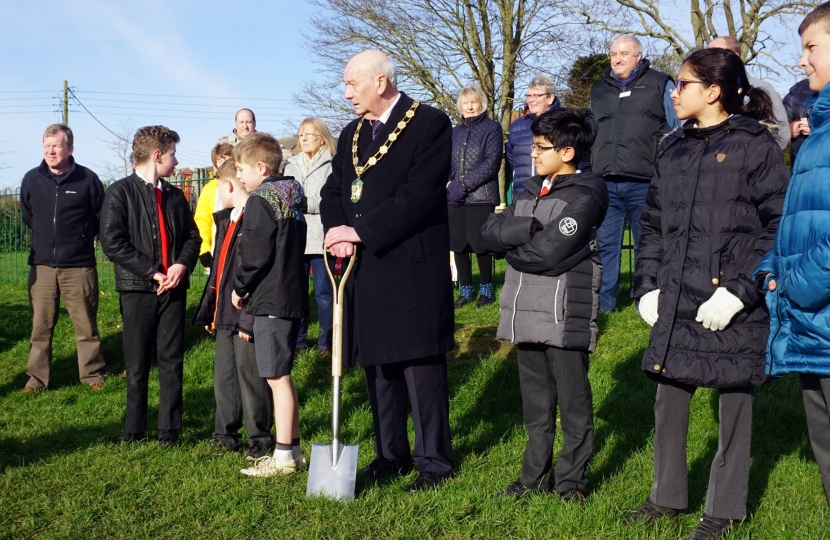 £80,000 is being invested in the project, which will include new play equipment primarily aimed at Junior School aged children in the village. The equipment selected is predominantly constructed from natural materials to fit in with the mature trees and shrubs already in place at the site.

“I would like to congratulate Nettleham Parish Council on securing the funding for this project, it will be a much needed asset to the area.”

The development is taking place thanks to a £42,993 grant from FCC Communities Foundation, (previously known as WREN) with a grant of £8,000 coming from West Lindsey District Council.

“This project will provide some exciting new play equipment for local young people to use, not currently available in Nettleham. We’re really looking forward to seeing preparations for the installation of the new equipment commence over the next few months.”

This new play area fulfils a need identified in consultation with local residents, and should be completed and ready for use before the end of the year.

“I was pleased to see so many smiling faces of the young people. As a new member of the parish council I am pleased to see delivery on this project. I know that balancing the needs of local children and nearby residents has proved challenging and hope that the equipment is now suitably placed within the Bill Bailey's Memorial Playing Field.”

Cllr. Giles McNeill, local ward member and Leader of the district council, who was unable to attend the event, commented:

“I am really pleased to see this project has come together. It is great that the funding from the district council helped to enable further funding from the FCC Communities Foundation and the Parish Council are picking up the residuum. I hope that local children will really benefit from this and I look forward to attending the official opening.”

The Prime Minister's letter on Coronavirus: Stay at home to protect the NHS and save lives.

Read the Prime Minister’s guidance everyone should follow and the measures the government has put in place to fight Coronavirus.