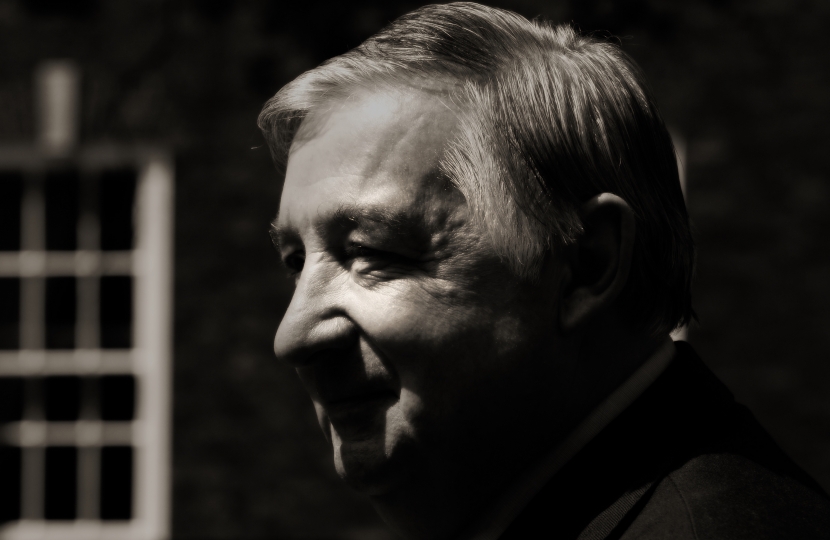 It is with immense sadness that the Gainsborough Constituency Conservative Association has learnt of the death of Councillor Charles Lewis Strange, who passed away at Castle Hill Hospital, Cottingham overnight on Thursday 28th May 2020, following a short illness.

Born in 1943 and known simply as Lewis to everyone who knew him he was a dedicated, passionate and long-serving County and District Councillor and will be sorely missed by people living in his Kelsey Wold ward, his Market Rasen Wolds division, his colleagues, and our Association.

Lewis was a farmer by trade, with the Lincolnshire Wolds always immensely close to his heart, he had an intense desire to represent the needs of rural people at both the Guildhall in Gainsborough and County Hall in Lincoln.

He was first elected to West Lindsey District Council in 1999 with a 69% share of the vote and was subsequently re-elected in 2003, 2007, 2011, 2015 and 2019.  Through good times and bad times for the Party, Lewis consistently would receive the overwhelming support of his ward electorates – never getting less than sixty per cent over his twenty-one-year career in district politics. He served on all the committees of the council at one time or another and most recently on both the Licensing and Regulatory Committees, the Overview and Scrutiny Committee (having previously been Deputy Chairman of its predecessor – Challenge and Improvement Committee – for a number of years), and the Standards Sub-Committee. He represented the district on the Lincolnshire Forum for Agriculture and Horticulture, the Wolds Community Transport body, and the Healthwatch Provider Network Meeting.

In 2001, following a boundary review, he was elected as the first Lincolnshire County Councillor for the newly created Ancholme Cliff division, connecting communities from just outside Gainsborough in the west to Middle Rasen in the east, with a 54% share of the vote. He was re-elected in 2005 (55%), 2009 (69%) and 2013 (55%). In 2017, however, another boundary review had eliminated the Ancholme Cliff division. The retirement of Cllr. Burt Keimach from the Market Rasen Wolds division, provided Lewis the opportunity to move to this adjacent seat, which would be gaining the communities of and around Middle Rasen, from the former Ancholme Cliff division. Lewis secured half the votes in a five-way contest. Between 2005 and 2013 he served in the cabinet with the portfolio for waste services.

He led the team, for the energy-from-waste plant at Hykeham and the two recycling sites at, The Rasens and Gainsborough. He campaigned successfully, against the spread of large wind turbines in and around Hemswell and the cliff, and the Wolds too, where he was involved with the Lincolnshire Wolds Advisory Committee.

In recent years, he had had roles on the Flood, Drainage and Environmental scrutiny committees at County Hall, represented the county on the LGA’s rural services SPARSE committee.

He is survived by his son, Charles and Daughter, Vanessa, married to Daniel Laird, and their two sons.

We offer our deepest sympathy to his family at this sad time and particularly to his partner Mo Skelton.