Viewers from around the world tuned in to watch the virtual opening of Leiden400 in Holland, part of the commemorative year of the sailing of the Mayflower.

2020 marks the 400 anniversary of the sailing of the Mayflower as it set sail from England to America. Many of her passengers, known as the Pilgrims, came from around Lincolnshire and Nottinghamshire with some thought to have worshipped in secret at Gainsborough Old Hall.

Before they made this historic voyage, the two main groups (who later became known as the Pilgrims), were based in Gainsborough and the nearby village of Scrooby. They decided to escape to Holland in search of religious freedom. One group escaped in a barge called the Francis from Gainsborough’s riverside, making their way to Holland where they lived for twelve years before some of them sailed to America.

During the live event, viewers were able to enjoy a unique virtual guided tour of the city of Leiden and explore some of the locations where the Pilgrims lived. The tour also offered a fascinating insight to the story of Leiden in the Golden Age and the role of the Pilgrims during this period. The tour also included visits to the City’s museums including Museum Volkenkunde Leiden (Museum of Ethnology), Museum De Lakenhal en Leiden American Pilgrim Museum.

“It was lovely to see the beautiful city of Leiden in the sunshine and be guided around the various elements of their commemoration. I had been invited to attend the celebrations in person, but with the global Covid-19 pandemic, that was not possible. So, they decided to do a virtual event, with participants in Holland observing social distancing. I believe over 30,000 people tuned in – far more than would ever have been able to attend in person, so it was a great success. I congratulate them on their initiative.”

If you missed the live tour, you can watch back on the Mayflower 400 website by going to www.mayflower400uk.org/virtual-voyages.

Despite the current challenges due to Coronavirus, many events are now moving online, telling the story of the Mayflower Pilgrims in different ways. During the weekend previous, West Lindsey District Council launched PilgrimAGE, a digital series that will allow you to explore the story of the Pilgrims and their roots.

The campaign will run throughout the summer, leading up to the anniversary in September and will include historical blogs, snapshots of exhibitions as well as videos, podcasts and specially commissioned digital activities.

You can also still get involved with craft activities at home including the Make a May Flower community art project or Bassetlaw Museum’s Open Art Exhibition. 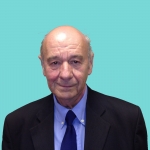