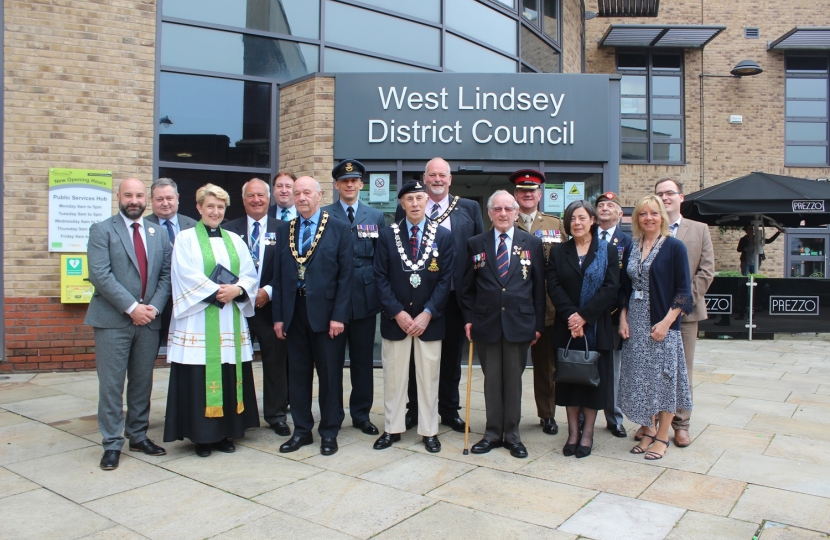 As we celebrate Armed Forces Day, Cllr. Giles McNeill, the Conservative Leader of West Lindsey District Council, says thank you to the 34,750 people working in our Armed Forces and crucial defence jobs across the East Midlands.

This is the eleventh Armed Forces Day, and it presents an opportunity to say thank you to our servicemen and women here and around the world. It is a chance to recognise the great sacrifice they have made for their country – often spending long periods of time away from home.

Here in, the East Midlands there are 34,750 men and women working keep our country safe, upholding our nation’s security and prosperity.

The Conservatives remain committed to meeting the NATO target to spend two per cent of GDP on defence, upholding our position as a global world leader.

“Armed Forces Day is an opportunity for us to say thank you to the 34,750 men and women in East Midlands, working to keep our country safe from increasing threats around the world.

“Unlike Jeremy Corbyn’s Labour, the Conservatives will always prioritise defence; we truly recognise the sacrifice our brave Armed Forces have made for our country and want Britain to remain a global leader in defence”.

“It is an opportunity for us to express our gratitude to those who are in the regular service, the reserves, the cadets and those who served in uniform, our brave veterans.

“As we face an uncertain future for RAF Scampton and the Red Arrows I will continue to fight to keep the base open and the display team in the county.”

We are providing £280 billion to get our country through coronavirus. Rishi Sunak’s 2020 Spending Review sets out how.