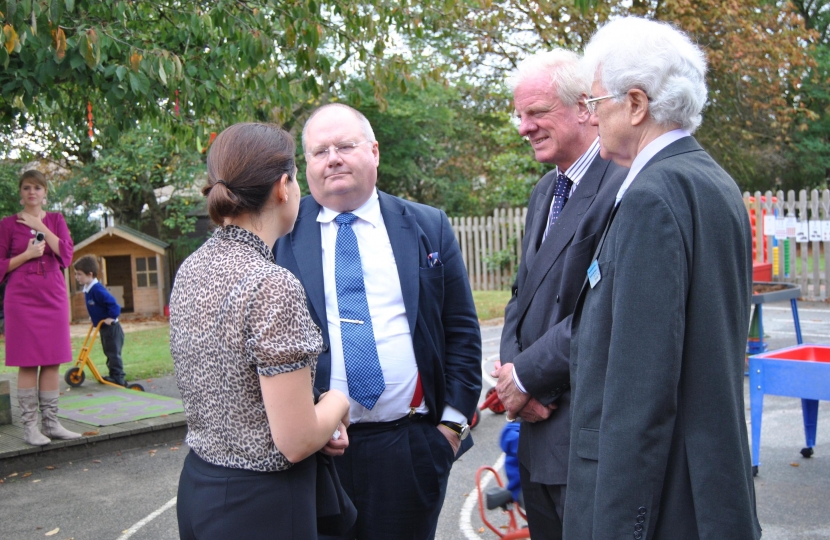 “It's a great honour to welcome the secretary of state to our school.

“We are looking forward to using this facility along with our community.”

After opening the facility, The Secretary of State, Edward Leigh MP, Councillors, council officers and other stakeholders were briefed on the need to regenerate dilapidated former RAF bases into thriving communities. Mr Pickles said:

“I will rattle the MoD's cage on this as this is a place we should celebrate.”

Later Mr. Leigh together with Councillors Keimach and Parry escorted Mr. Pickles around Marshalls’ Yard, Gainsborough to demonstrate what can be achieved when Councils, communities and businesses work together. At the council offices there were presentations on the entrepreneurial council and eco towns and an opportunity for local councillor to talk to the Secretary of State. Edward Leigh said:

“We are very fortunate to have had this visit from the minister. The important work of regenerating former RAF bases in the constituency is a priority for me and something I championed when I was Chairman of the Public Accounts Committee. “The work done by West Lindsey District Council in spearheading regeneration of Gainsborough is a credit to previous and present administrations. I know that Gainsborough is going to continue to change, grow and improve – it a community that I have enormous respect for – the challenges in regenerating the town that are ahead will be worth overcoming for the better, bolder Gainsborough that will emerge.”