Edward Leigh Calls for Syrian Persecution to be Admitted 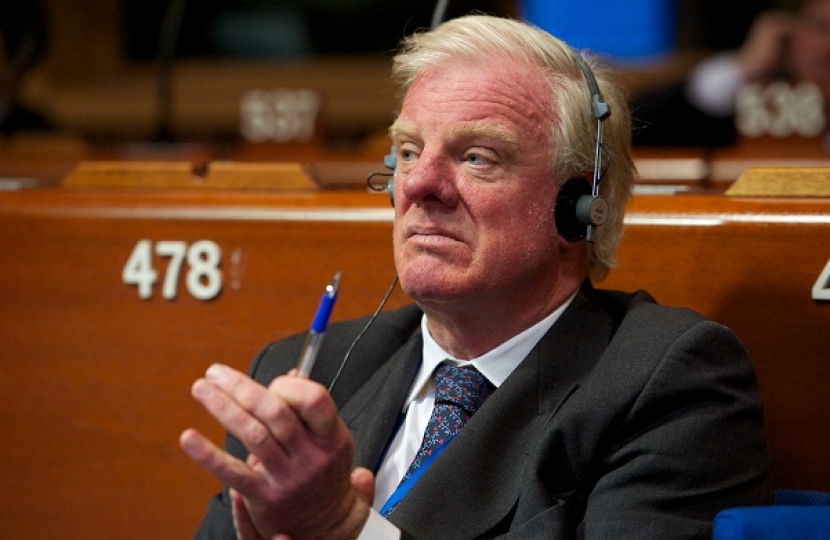 Edward Leigh is a delegate to the Parliamentary Assembly of the Council of Europe, the oldest international parliamentary assembly in the world, which meets in the Palais de l’Europe in Strasbourg. He delivered the following speech to PACE on Thursday 4 October 2012.

"A humanitarian disaster is unfolding in Syria. As many speakers have mentioned, as many as 20 000 innocent people have died and 1.5 million people have been displaced. We say that they are displaced, but what does that mean? It is a dry, technical term, but we mean that the lives of 1.5 million people are a misery. When faced with such a great disaster, it is perhaps impossible in a short speech of less than four minutes to give any general examples, so I hope that the Assembly will forgive me if I discuss just one community. I want to talk about particular examples because it is important that we use the opportunities we are given to put the spotlight on what is happening in particular communities. Once the spotlight is on them, it makes it more difficult for these horrendous human rights abuses to take place.

"I want to talk about a few Christian communities which have been terrorised in Syria. Here we have one of the oldest Christian communities in the world. Many Christians fled from Iraq to Syria, and now the lives of many of them are being made a misery as they are caught in a civil war between Sunni, Alawite and many other groups. There is fear in the village of Rabreh, where there have been kidnappings. Those follow the recent kidnapping of 150 people in the area. Villagers were crammed into a school in the village of Goussei. In the village of Said Naya, there were further kidnappings of Christians and some people were found dead. According to a local priest, this is not a persecution but a manoeuvre to spread suspicion and distrust, and invite sectarian war.

"The local committee of the Musalaha, which is a Christian organisation, is looking for dialogue and a peaceful solution. They say that the point is that we are talking about unidentified armed gangs which are out of control. They act independently and are not necessarily connected to the free Syrian army. This makes negotiations much more difficult. According to Fides sources in Syria, there are about 2,000 armed gangs that are not connected to the FSA, and they have their own agenda.

"As Mr Santini said when he opened the debate, we should use this occasion to say that we are all Syrians and we stand in solidarity with them. And as Mr Marcenaro said at the beginning of the debate, we should accept that military action is an illusion. I would take issue with one of the early speeches from Ms Schuster who spoke for her group. I do not believe that we can solve the problems of the Christian Syrian community by encouraging mass emigration to Europe. All that will do is ensure that Christianity vanishes from the Middle East, the place where it began. It has already largely vanished from Iraq, it is vanishing from Palestine, and is it now to vanish from Syria as well? I do not think that that is the solution.

"We have to realise the complexity of these problems and not try and demonise one group or another, or impose our solutions. In a thoughtful speech from our Russian colleague, Mr Makhmutov, he made the point – which I echo – that we should not demonise the Russians or the Chinese for what they are doing. We should recognise that this is a civil war. There is not necessarily right or wrong on either side. It may be that more of the wrong rests with Assad, but we have to accept a solution that may indeed leave Assad, or his people, in position. Let us be proactive, take a deep interest in the situation and express our humanitarian concern, but let us not try to impose our own views and solutions on a complex society."