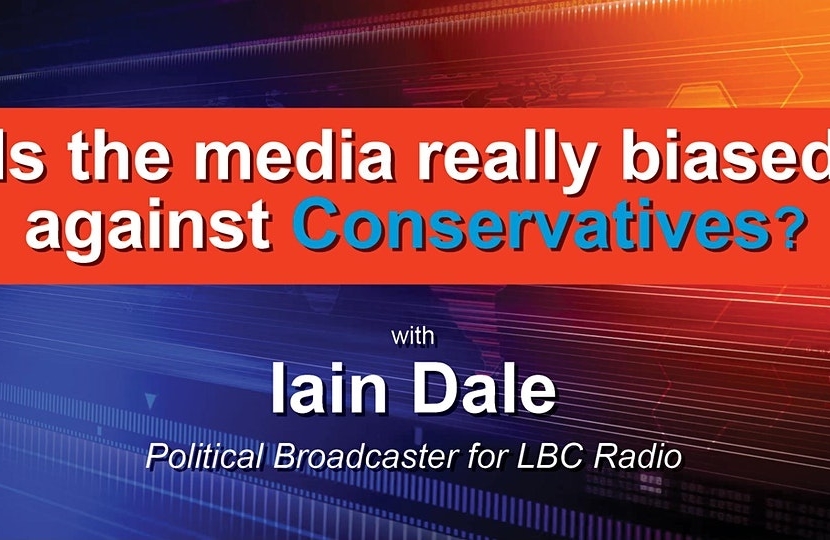 Venue: The event will be run live online using Zoom software and you will watch the races directly on your own screen. Please register for Zoom in advance and on the day of the event the meeting ID will be sent to you.

Details: Members are invited to join us for an online audience with Iain Dale - Political Broadcaster for LBC Radio as he discusses whether the mainstream media is really biased against Conservatives and takes questions from members live online.

Iain Dale is a British broadcaster, political commentator and publisher. Since September 2010, he has hosted a regular, major discussion show on LBC radio station. In both July 2013 and 2016, he won Radio Presenter of the Year at the Arqiva Commercial Radio Awards. He has also written for The Telegraph, The Guardian, The Independent, GQ, The Spectator and the New Statesman as well as writing and editing 46 political books. Dale's is currently a thrice-weekly panellist on CNN International’s daily midday show CNNtalk, presented by Max Foster. He is also a regular pundit on Newsnight, The Andrew Marr Show, Jeremy Vine and Good Morning Britain.

In May 2005, Dale stood in the general election as Conservative candidate for North Norfolk, losing to the Liberal Democrat incumbent, Norman Lamb;

Booking: Click here to purchase tickets online - you will need your Membership No.